History of Women Faculty in Economics 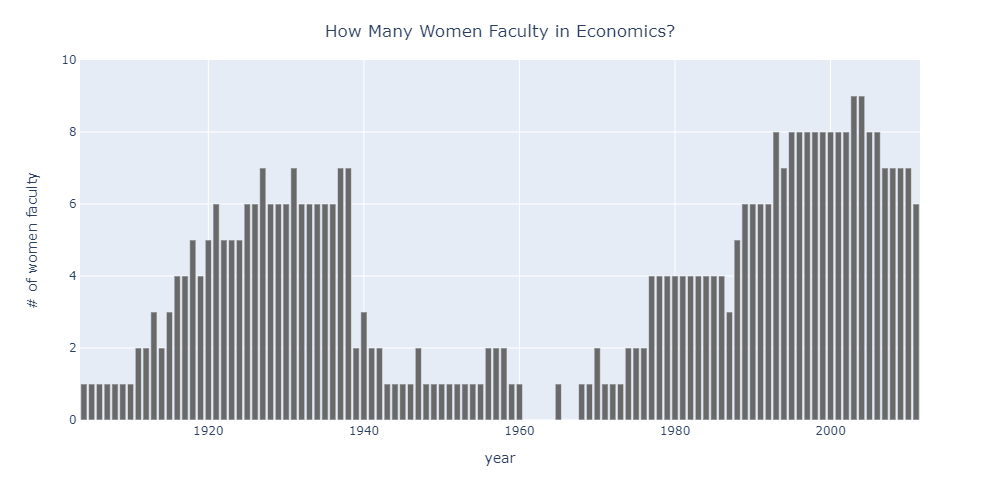 History of Women Faculty in Economics

In celebration of the 150th anniversary of women being admitted to U.C. Berkeley "on equal terms in all respects with young men," we offer this history of women faculty in the Economics Department.

The Economics Department at U.C. Berkeley was founded in 1903. In its second year, two women were hired: Jessica Peixotto and Lucy Sprague. Professor Peixotto was hired first as a "lecturer in sociology" and then as an Assistant Professor, Associate Professor, and Professor of Social Economics. Dr. Peixotto was the first woman on the Berkeley faculty to be awarded the rank of full professor. Lucy Sprague served only one year in the Economics department as a "reader in economics" before becoming the Dean of Women and a lecturer in the English department.

Jessica Peixotto was the first but not the only woman faculty member in the department. In the early 20th century, several other women were hired by the Economics department as faculty: Lucy Stebbins, Lillian Matthews, Lucile Eaves, Louise Morrow, Clara Mortenson, Caroline Schleef, Barbara Grimes Armstrong, Emily Huntington, and others. With the notable exception of Professor Huntington, however, all these women were faculty of "Social Economics." Indeed by the mid-1930s, 5 of the 29 faculty listed in the course catalog were women.

In 1939 the Department of Social Welfare was created, and the women who had been teaching courses such as "The Control of Poverty," "Studies in Standards of Living," "Economics of Consumption," and "Social Insurance" moved from Economics to Social Welfare. By the end of World War II, only 1 woman remained active on the Economics faculty: Emily Huntington. After her retirement in 1961, the department had no women faculty.

The second wave of women in economics begins in 1974 with the hiring of Clair Brown, followed a few years later by Laura Tyson and Joan Hannon. Irma Adelman joins the department as a full professor in 1980, though her primary appointment was in Agricultural and Resource Economics. With the hiring of Alessandra Casella, Bronwyn Hall, and Christina Romer in 1988 and 1989, the modern era was fully underway.

We have assembled here biographical sketches of some of these women. Our first set of interviews with Clair Brown, Joan Hannon, and Laura Tyson form the basis of those articles. We also interviewed the son of Dr. Margaret Gordon who served as a Lecturer in the Economics department in the late 1960s and early 1970s, banned by anti-nepotism laws from taking a faculty appointment in the same department as her husband, Robert Aaron Gordon. Our second set of interviews were with Alessandra Casella, Hilary Hoynes, Martha Olney, and Christina Romer.

How to reach us 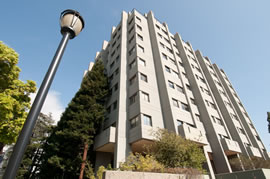