Building an Equitable Equilibrium: Women in Economics at Berkeley Shifts its focus

Women in Economics at Berkeley turns its focus to broader questions of equity. Newly rebranded as Economists for Equity at Berkeley (BEE), the organization now seeks to include advocacy and support for all marginalized and underrepresented groups in economics. 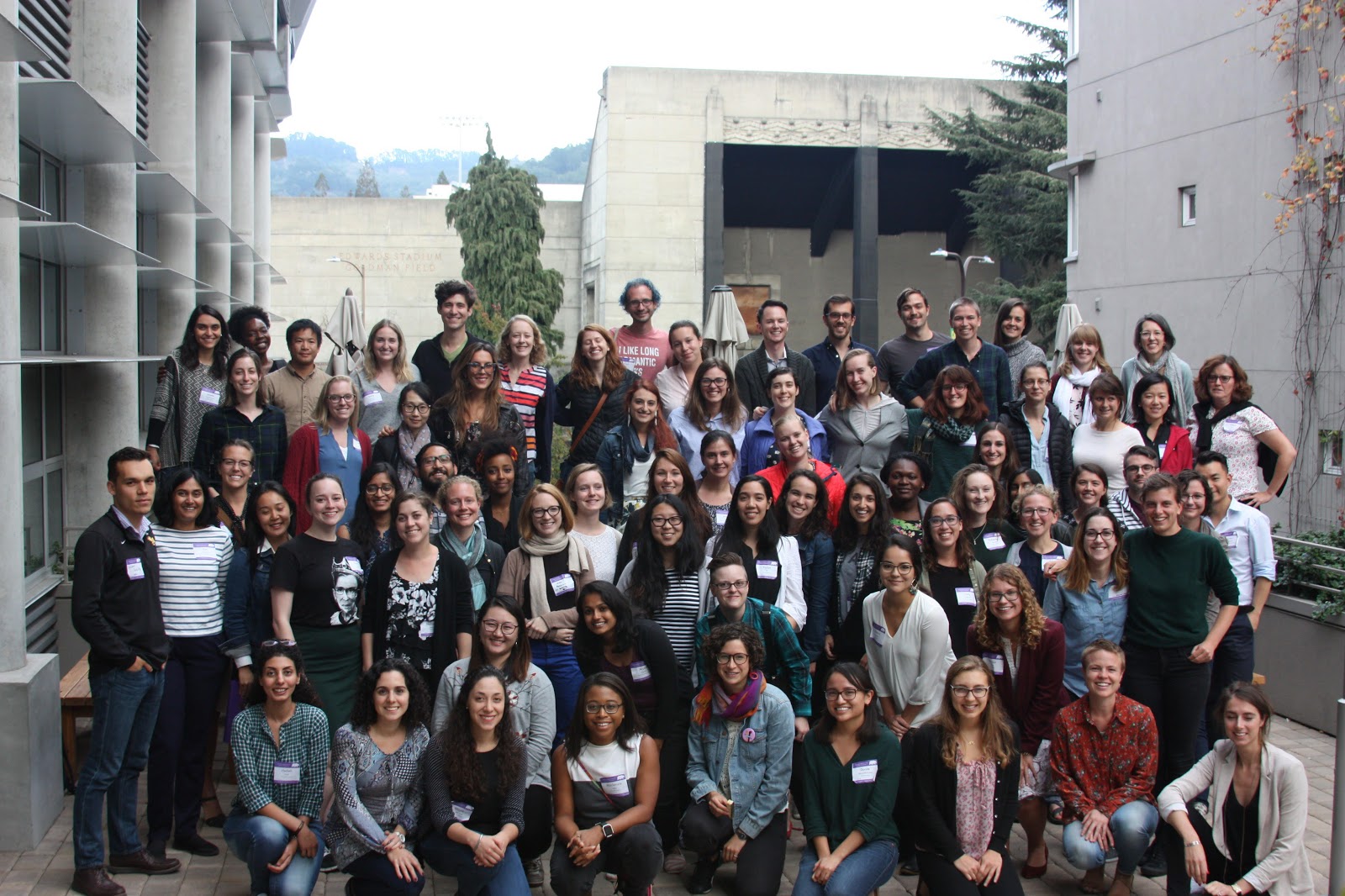 Women in Economics at Berkeley (WEB) was started in 2010 by Willa Friedman, Jamie McCasland, and Ana Rocca, all graduate students at the time. It began when Friedman, McCasland and Rocca thought of having an informal gathering for female economists to discuss challenges that they faced as women in the department and more generally in the field of economics. From there, the group grew into WEB, an established organization with regular programming every semester.

Over the past few months, the group has changed its name and broadened its mission. Calling itself “Economists for Equity in Berkeley,” (BEE), the organization now seeks, in the words of its website, to “include advocacy and support for all marginalized and underrepresented groups in economics.”

“The decision to transition to BEE had been something that WEB leadership had been considering for a while, and was not a step that was taken lightly,” says Carly Trachtman, Co-president of BEE.  “In order to get a broad perspective, we sought feedback from graduate students in economics, agricultural and resource economics, and all of the current and past co-presidents of WEB/BEE who are still students at Cal agreed to the change.”

We spoke to Carly to learn more about the organization’s path from WEB to BEE and what lies ahead.

Tell us about the initial public-facing work of WEB and how it grew.

In 2014, at a WEB social breakfast, Lydia Ashton, Sandile Hlatshwayo, Aisling Scott, and Megan Stevenson had the idea to host a research workshop series for women, called the Women in Economics Research workshop (WIER), where female economics grad students from various departments on campus (Economics, Agricultural and Resource Economics, Haas School of Business) could present and get feedback on their work in progress. After a year, the WIER workshop series became a part of WEB, and cemented WEB’s role not only as a community building organization, but as one focused on promoting women’s research and professional development. While the WIER workshop series no longer formally exists, WEB continued to host research-in-progress seminars each semester.From 2014 on, WEB has gradually increased the scope of our activities to also advocate for the status of women in our profession and fix the “leaky pipeline” in our field, which is a phenomenon where many females who start out with an interest in economics stop pursuing it at some point in their career (undergrad, grad school, professorship, etc.) given the barriers women face in the field. To this end, WEB has engaged in various mentoring programming with UWEB (Undergraduate Women in Economics at Berkeley), as well as efforts to improve diversity in faculty hiring at Cal and beyond. Notably, in 2018, WEB hosted the Graduate Student Summit for Diversity in Economics, which brought students, professors, and other economists together from all over the country to discuss issues of diversity in our field. 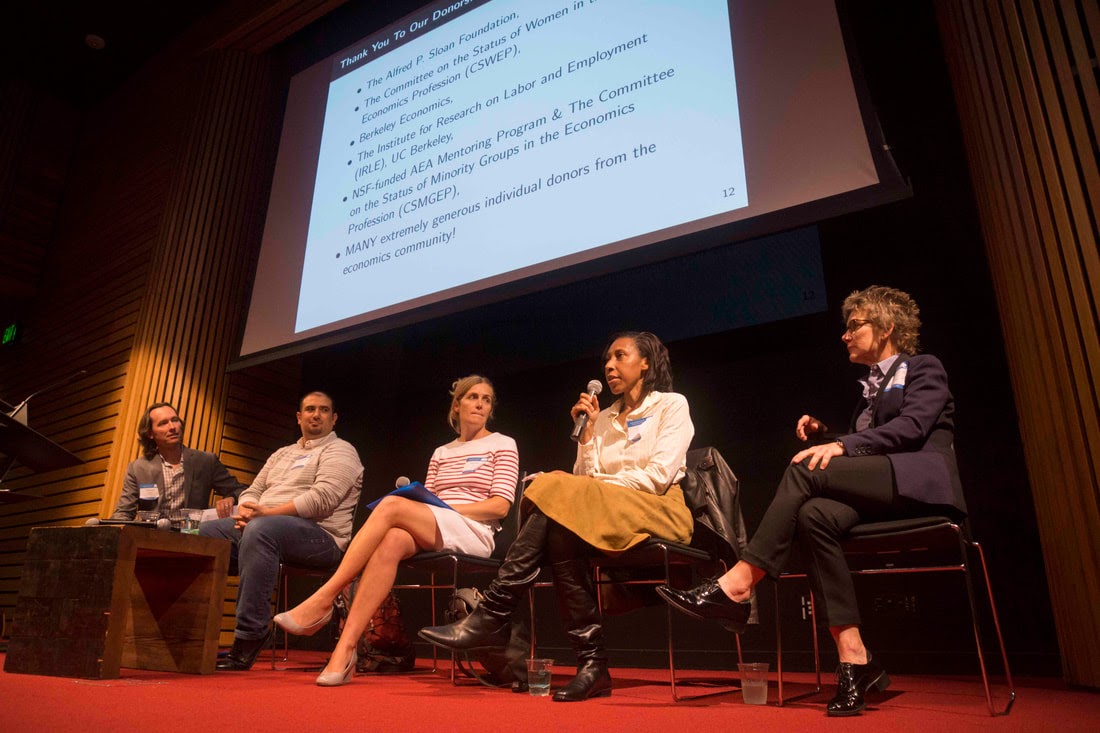 What led to the decision to transition to BEE? How do you see the connection between the former and new mission statement?

Much of the advocacy work that WEB had been doing in recent years (such as the mentorship and faculty hiring efforts), lends itself to participation by any interested graduate students, not just women. It is especially important to get everyone involved, since improving and diversifying the field of economics is a widely-held goal, and a lot of this type of unpaid effort historically has fallen on women and other underrepresented groups. While we had already had some non-female individuals participating in our advocacy efforts, the name of our organization seemed to cause confusion for some about who was invited and welcome to participate in such initiatives. Changing the name to BEE highlights the mission of promoting equity, something that everyone can take part in.

Additionally, while women have historically been underrepresented in the field of economics, there are other populations that have historically had even worse representation in the field, such as BIPOC (black, Indigenous and people of color) and LGBTQ+ individuals. Notably there were enough female economics grad students at Cal to be able to start WEB, who felt comfortable doing so. This simply may not even be the case for some other groups. Especially given recent events in our country, it seemed natural that we should be using our relative place of privilege as economics students at a well-renowned university to advocate for and support diversity in all forms in our profession.

In terms of the mission, the major change is that we are making it clearer that we want to promote equity and dismantle barriers for all members (and potential members) of our profession along all lines, not just gender. As I said above, many of WEB’s activities such as the diversity summit and faculty recruitment efforts had already focused on promoting diversity more broadly. I think now we are just making this much more explicit, and making it clear that our group is defined by a desire to promote equity, rather than a particular identity.

Has there been resistance to the change?

Honestly, there really has not been much resistance to the change. I think given events in the world and within our profession in the last few years, it has become evident to many economists that we lose a lot of dedicated and talented minds because of the structural ways individuals from certain populations have been discouraged from our field. Hence, many are behind this goal. There has been some concern that perhaps by getting rid of WEB, that we are losing a very necessary space for women in economics departments on our campus. Yet, we certainly want to maintain some of our programming that is focused on women (like some research seminars and social events), while simply offering more programming to meet the needs of other groups as well.

How has this change affected the organization in terms of the types of activities you're organizing or content you're sharing? Are you planning any virtual or in-person events?

I think, as I said above, much of our programming was already open to all graduate students, and was already trending towards promoting diversity more generally. But we have rolled out some new initiatives in progress as part of our transition, including a tutoring program for undergraduates in SoCE (Students of Color in Economics—though I think they may also be in the process of changing their name), a new small grant competition for social justice-focused research, and an outreach program to local high schools and community colleges to garner interest in economics.

In terms of events, we traditionally do not have much programming during the summer. But given the current energy around social justice issues, the fact that many students and faculty are at home due to the pandemic, and the fact that we anticipate the name/mission change bringing in new members that may not be familiar with our programming, we had a BEE Launch meeting this past Friday. The meeting introduced our current programming and initiatives in progress, while soliciting ideas about other programming we could potentially have this year. We also invited faculty and staff to come as well as students, and ended up having a really great turnout and a lot of productive small group discussions.

When the semester begins, we will have more programming, though I’m honestly not totally sure what things will exactly look like given that everything is online!

How can students in Berkeley support racial equity?

We always encourage and provide support to students to organize programming that they are excited about that falls in line with our mission, even if it’s not something we’ve done before. At our meeting (and in other recent discussions in our various departments), we have identified a lot of ways that the economics profession could better support diverse members, from admissions, to hiring, to outreach, etc. So my advice to think about how to act on some of these ideas, and do it! BEE is very happy to support such initiatives!

I would of course want to extend my sincerest thanks to everyone that has supported this transition, from past WEB presidents, to students that participated in the conversations shaping this change, and to the many faculty that continue to support our activities. The energy around this change from all angles has been very encouraging and provides us with the momentum to keep going and hopefully do some good work!

We are very grateful to any stakeholders that want to support our mission. Concretely, stakeholders can help support some of our new initiatives in progress. If they have connections with local high schools or community colleges (or any other institution to which we could provide outreach), those would be very helpful. Additionally, we are currently working on forming a pool of external reviewers for our small grant competition, who are experts on issues of diversity and/or social justice (both economists and non-economists). Any suggestions of individuals to reach out to for such a position would be much appreciated. Finally, any financial support to help us sustain our tutoring/mentoring programs and grant competition program in the long term is certainly welcome! 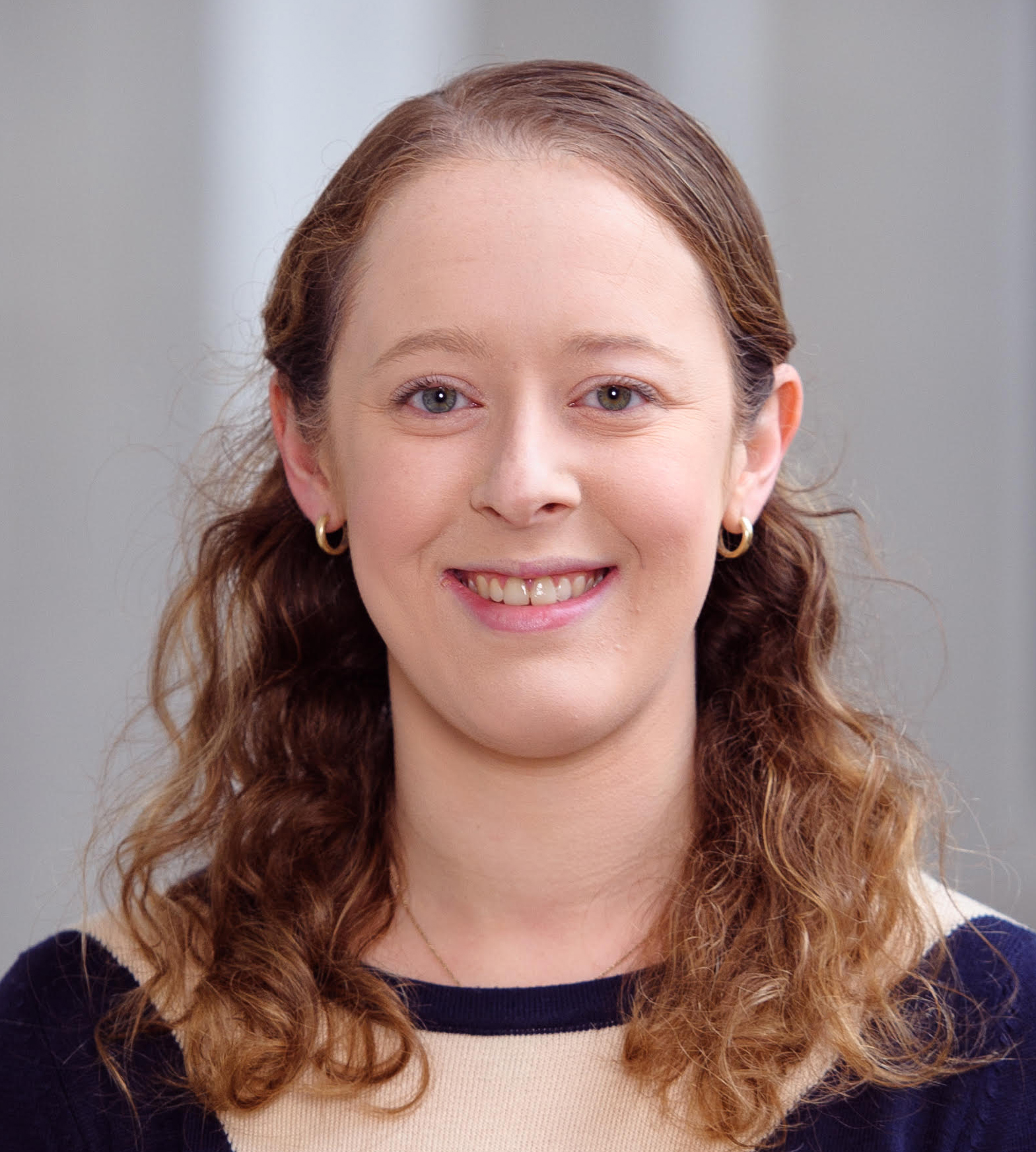 Carly Trachtman is a rising 5th year PhD candidate in the Department of Agricultural and Resource Economics at UC Berkeley. Her work focuses on development, agricultural, and behavioral economics. She is the co-president of BEE for the 2020-2021 school year, along with Joan Martinez, a rising 4th year in the economics department. Visit carlytrachtman.net to learn more about Carly and her work