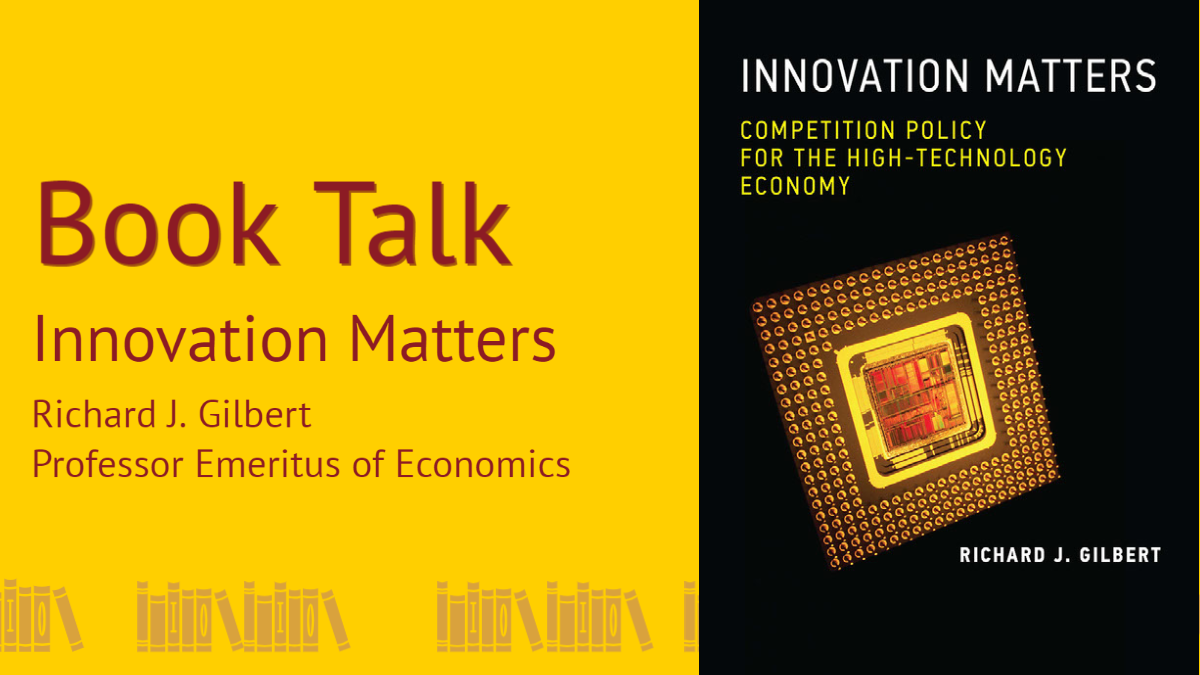 Competition policy and antitrust enforcement have traditionally focused on prices rather than innovation. Economic theory shows the ways that price competition benefits consumers; and courts, antitrust agencies, and economists have developed tools for the quantitative evaluation of price impacts. Antitrust law does not preclude interventions to encourage innovation, but over time the interpretation of the laws has raised obstacles to enforcement policies for innovation.

In this book, economist Richard Gilbert proposes a shift from price-centric to innovation-centric competition policy. In the high-technology economy, Gilbert argues, innovation matters; Antitrust enforcement should be concerned with protecting incentives for innovation and preserving opportunities for dynamic, rather than static, competition.

What led you to write this book?
I have worked on competition policy for most of my career, including a stint as Chief Economist in the Antitrust Division of the Department of Justice. Economists know that innovation drives economic growth. But the traditional focus of antitrust enforcement has been on price. I want to change that.

What topics does the book cover?
I review the theory and empirical evidence that relates market concentration and market power to incentives to invest in research and development. I also cover merger enforcement for innovation, antitrust policy for standardization and interoperability, and some important antitrust cases such as the monopolization case against Microsoft and recent cases that have challenged Google’s conduct in internet search and its Android mobile platform.

Who do you envision would benefit most from reading this book?
Economists and attorneys interested in competition policy. I hope the book will be used as a reference for the economics of the relationship between market structure, competition and innovation.

What are some of the recommendations in the book?
In the book, I suggest that Antitrust enforcers should pay more attention to how challenged conduct or mergers affect innovation incentives. Courts have developed tools, such as market definition, that they use to analyze price effects. Market definition is often not helpful to analyze innovation incentives and should not be a requirement for antitrust liability. Courts also should change the way they analyze acquisitions of potential competitors. The current approach allows acquisitions that could eliminate significant competition. A different approach might have preserved Waze (acquired by Google) or Instagram (acquired by Facebook) as independent competitors.
Courts should also consider a menu of remedies to control monopoly power. I discuss the benefits and costs of remedies including obligations to supply necessary inputs to rivals, compulsory licensing, and structural divestitures.

Are you seeing antitrust enforcers taking innovation more seriously?
Yes, and Berkeley economists have played a major role in this effort. Since my term at the Antitrust Division, merger challenges in high-technology industry now often include concerns about harm to innovation. Berkeley faculty Dan Rubinfeld and Mike Katz encouraged the Antitrust Division to address innovation concerns when they served as chief economists at the Division. Carl Shapiro and Joe Farrell revised the guidelines for merger enforcement issued by the Department of Justice and Federal Trade Commission to emphasize innovation concerns and de-emphasize market definition. The Department of Justice recently launched an antitrust case alleging monopolization by Google, and the Federal Trade Commission did the same for Facebook. Harm to innovation is central to the complaints in these cases. 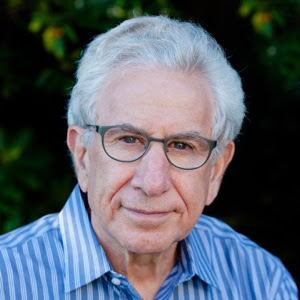 Richard Gilbert was educated at Stanford University, where he received his PhD in 1976, the same year he joined UC Berkeley as an assistant professor. He became a full professor in 1983.  He is currently Professor Emeritus. He served as Chair of Berkeley's Economics Department from 2002-2005. Professor Gilbert previously was Deputy Assistant Attorney General for Antitrust with the Department of Justice where he led the effort that developed joint Department of Justice and Federal Trade Commission Antitrust Guidelines for the Licensing of Intellectual Property.  Before serving in the Department of Justice, Professor Gilbert was the director of the University of California Energy Institute and Associate Editor of The Journal of Industrial Economics, The Journal of Economic Theory, and The Review of Industrial Organization.  He is a past president of the Industrial Organization Society.  Professor Gilbert’s research specialties are in the areas of competition policy, intellectual property, innovation and research and development. Read more