In Sierra Leone, Anne Karing '19 Ph.D. utilized her training in development and behavioral economics to research how social signaling can increase vaccination rates. Since sharing the impressive results of her work, Karing has been invited to join the faculty of the Woodrow Wilson School of Public and International Affairs at Princeton University as an assistant professor. 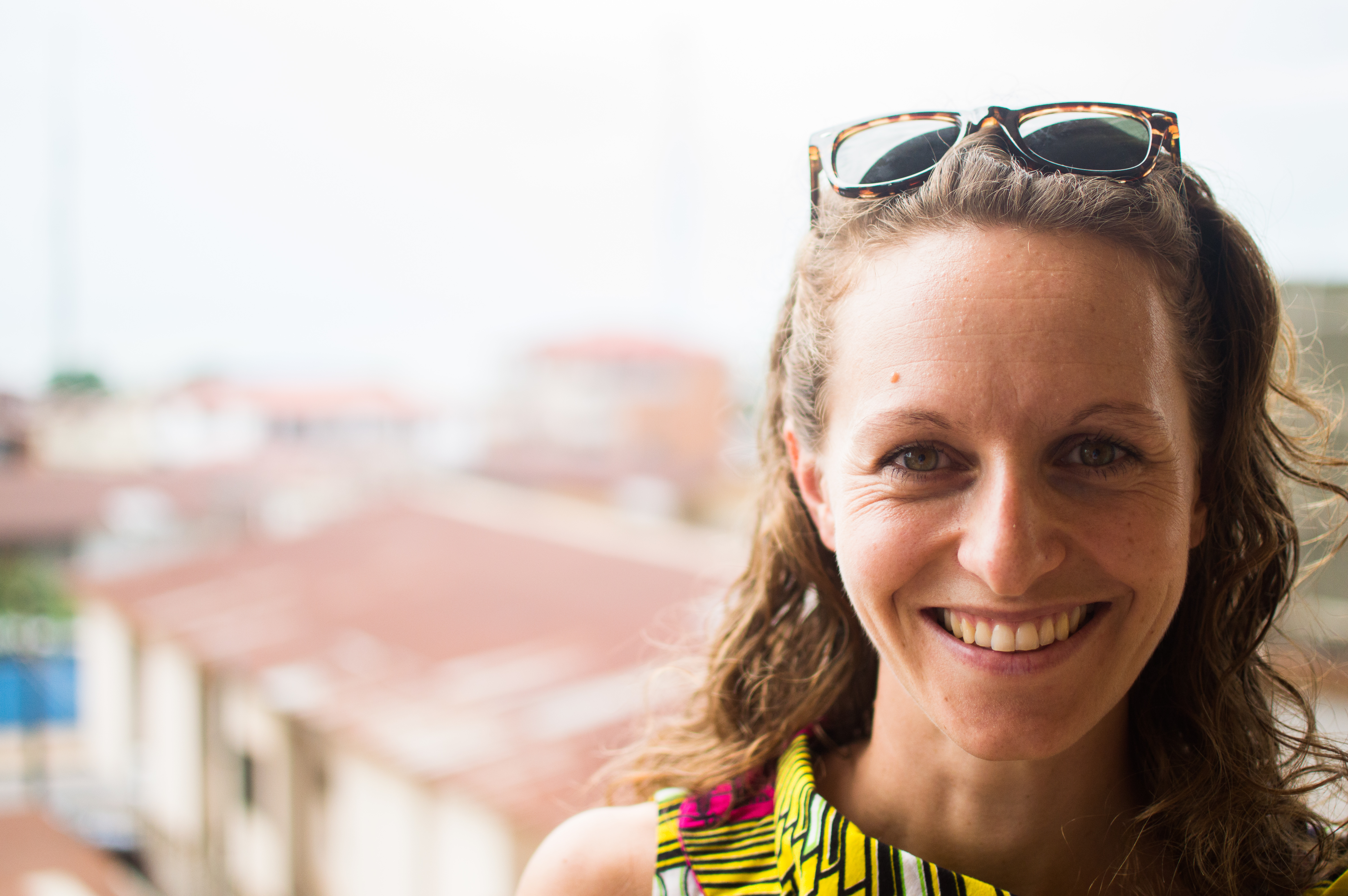 Our actions offer a window into our personality and tastes. People adapt behaviors and take specific actions to send a positive signal about themselves to their environment. Can we harness individuals’ desires to be perceived as “good people” to improve children’s health? Anne Karing, Ph.D. ’19, conducted a multi-year study in Sierra Leone, a country that has one of the highest maternal and infant mortality rates in the world, to answer this question.

“Vaccination is one of the most cost-effective ways to reduce under-five mortality. However, less than 60% of children in Sierra Leone complete their first year immunization series. We know that people care about how they are perceived. How can we use that to motivate parents to complete their children’s immunization cycle?”

Anne implemented a field experiment in 120 government clinics that used a simple mechanism that proved very powerful – giving children bracelets for their immunization visits, altering the color of these bracelets when later vaccinations took place.

“Anne exemplifies the Berkeley Economics ethos of doing important work that bridges fields,” says Berkeley Economics Professor Stefano DellaVigna, who oversaw the Sierra Leone project as Anne’s advisor. “In her work, she took the behavioral idea of social signaling to a context of first-order importance in development economics: vaccination for kids in Sierra Leone. Her determination in designing the experiment, setting up the field work, and following up on all of it are an inspiration for all of us."

According to data from the United Nations Children’s Fund (UNICEF), remarkable progress has been made over the past decade in increasing the availability of immunization services and the number of children getting vaccinated by the age of one. However, the challenge of getting children timely and fully immunized, says Anne, still remains.

“We know that people may not always take actions that are in their best interests because of various constraints. In a country where attending a clinic can be a challenge, we wanted to see what would happen if we offered a small social incentive to do so.”

“Here are some very inexpensive, colorful bracelets”, Anne says, displaying the bracelets that children received in Sierra Leone. “Nurses would explain to parents, when taking their children for vaccines: I am going to give this bracelet to your child to wear on her wrist, and I will exchange the bracelet for a different colored one when you bring your child on time for her 5th vaccination visit.” How did parents respond? Timely full immunizations increased from 54% to 68%. This is a large increase at a very low cost of approximately $1 per child.

“For many parents in Sierra Leone, the main cost of coming for immunizations is the walk to a clinic. So we wanted to see how much further people would be willing to walk if we allowed them to show their child is vaccinated, and benchmark our results to well-known incentives such as money or food.” 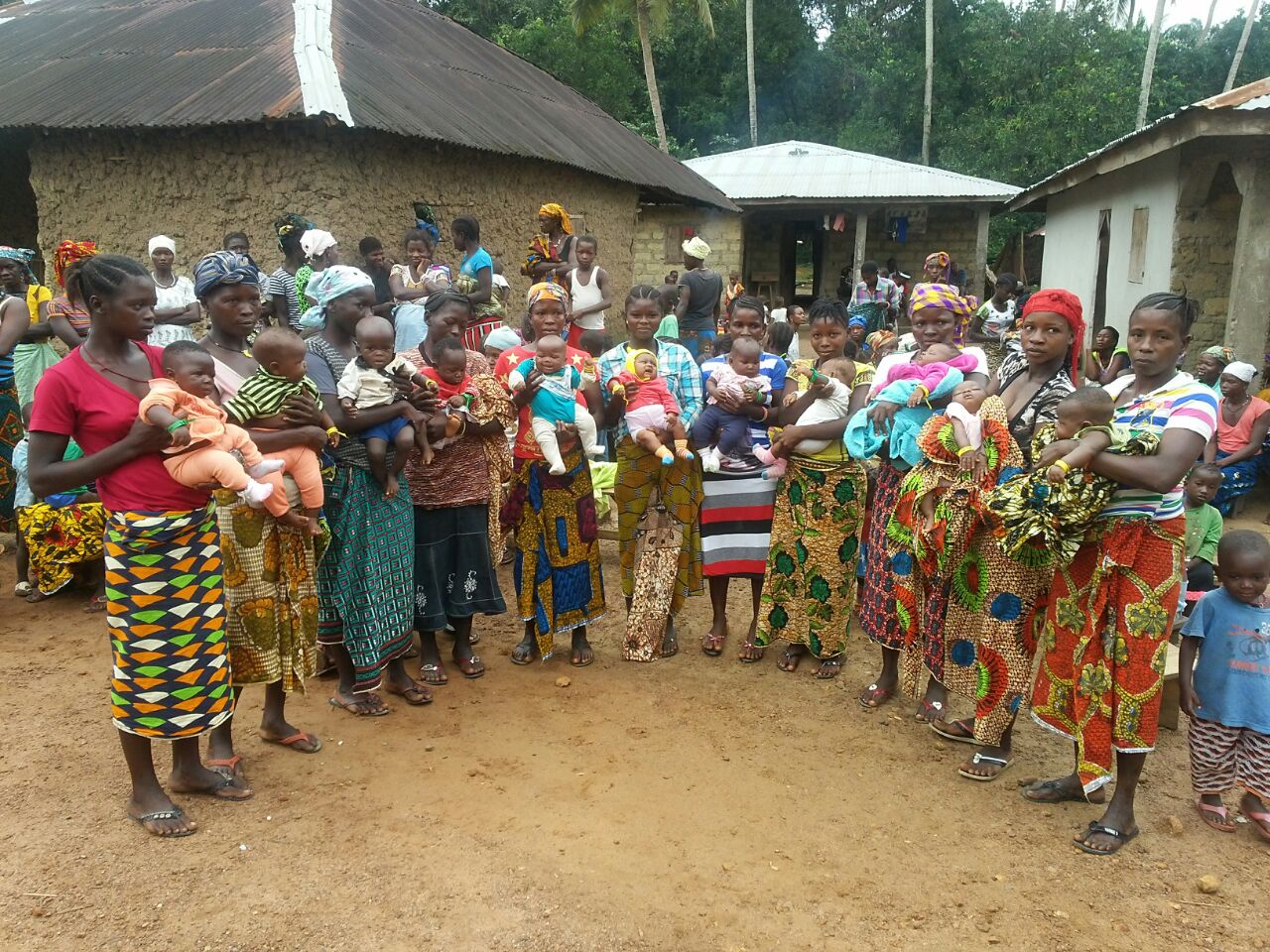 Anne points out that this type of social signaling research is relatively new in low-income countries. This stems from the novelty of the study of psychology and economics as a field within development economics, she says, which is all the more difficult to study through field experiments in low-income countries, where the correct implementation is often more difficult.

“A lot more people live in rural areas where they are more connected to their neighbors, and their community, on a day-to-day basis. That makes social signaling a potentially strong lever for behavior change. People observe you a lot in what you do and communities are tight-knit. We wanted to be precise about this specific channel. So studying social signaling is a difficult task, since whenever we make behavior visible, we also open the opportunity for people to observe what other parents in their community have done. Seeing others, people could therefore be reminded of their own child’s vaccination, change their views on how important it might be to vaccinate their child. So we had to come up with a design that would allow us to control for these alternative channels." 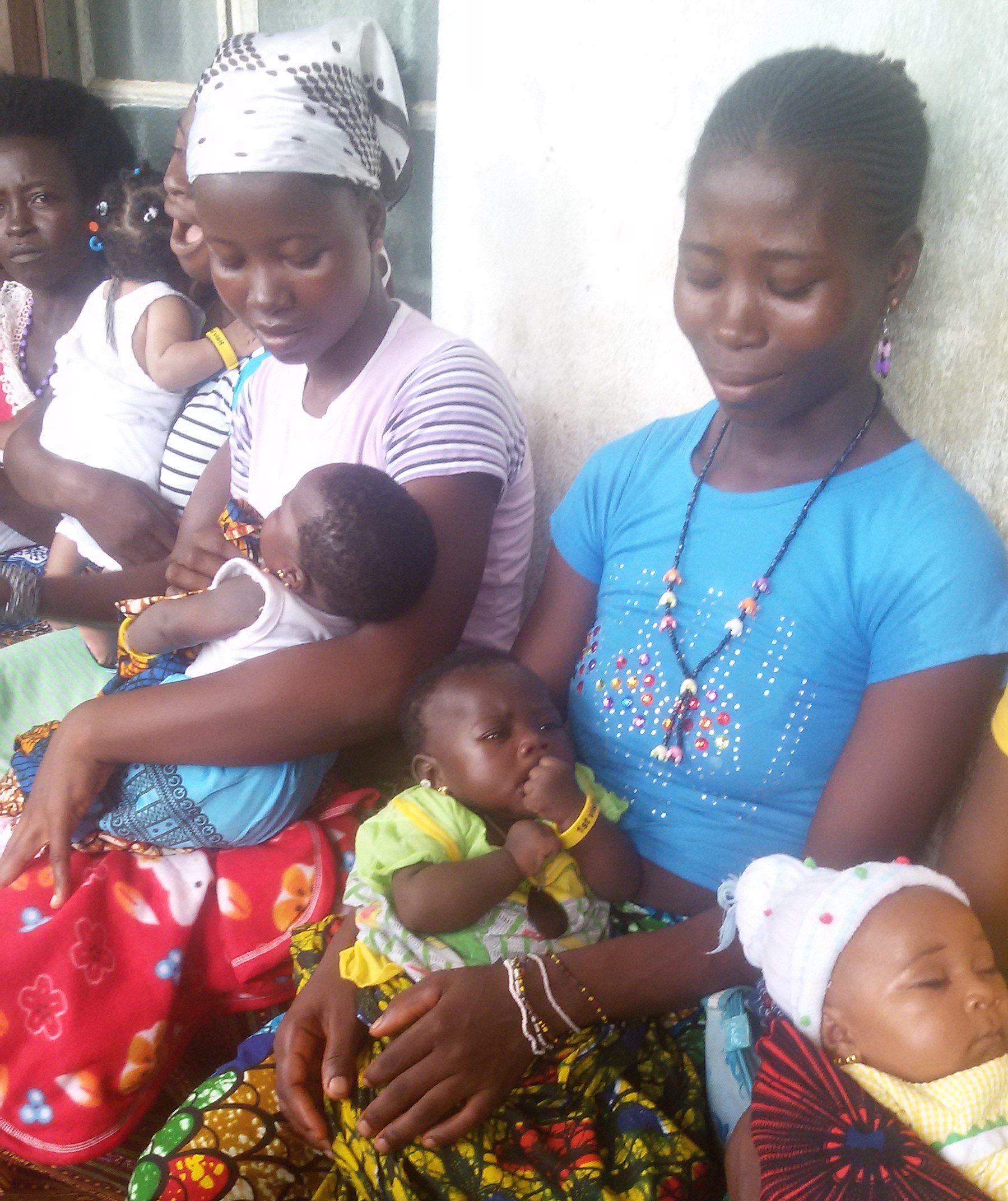 It is not uncommon for any researcher to be hesitant before spending years working and living in a low-income country, let alone one where a deadly epidemic was only recently eradicated. However, Anne says she felt incredibly happy and mostly at ease while conducting her research in Sierra Leone.

“I think there is a personality component. My upbringing was very simple. I am the first person in my family to attend college. My grandparents worked in factories.” Born in the Eastern part of Germany, Anne was raised by her grandparents while her young mother still completed her education. “My grandparents were incredible role models. They spent a significant part of their time volunteering. My grandfather instilled in me the idea that ‘education is the single most important thing.’ I was taught to have an open mindset. The people I work with in Sierra Leone have very different life experiences than I have, yet, or rather because of that, I could learn a huge amount from them.”

When conducting research in a low-income country with poor infrastructure, many things can go wrong. “You need to be comfortable with unpredictability. The internet may not be working for days, or one of your team members may not be able to work for a week because he needs to travel to attend a family funeral. People are much more likely to get sick. Many NGOs work in Sierra Leone, and that can make it hard to implement research studies, as a lot of other activities go on simultaneously.”

After Ebola broke out in 2014, Anne had to put the research in Sierra Leone on hold, not knowing how or when she would be able to resume it. ”People were less willing to go to clinics because they were worried about getting infected.” Once the study was back on track, Anne designed a system for collecting data and

coordinating 120 clinics around the country, and giving timely feedback to the clinic on the data collection. “On a logistical level, the project seemed like real lunacy, because of Sierra Leone’s poor infrastructure and rugged terrain. Having a supportive group of advisors at UC Berkeley, as well as collaborators at Innovations for Poverty Action, was essential.”

Overcoming those hurdles taught Anne about anticipating and overcoming both logistical and professional challenges. “As the principal investigator on these projects, I had 14 people that were working for me on a daily basis. I had to figure out how to work with the government and solve problems that seemed impossible at the time, while maintaining those relationships. I learned a lot from that experience.”

“Advisors deeply care about the questions you ask and supporting you in answering them in the best way possible,” says Anne. “You can be very self-directed. There are few constraints to what you can study.”

Anne’s advising team consisted of three faculty members, which she says gave her insight into different trainings and schools of thought. “That’s something that feels very unique to Berkeley. My main advisors were from two different fields, Ted Miguel, who is a Professor in Development Economics and Stefano DellaVigna , who is a Professor in Psychology and Economics. My third advisor, Ned Augenblick, is based at Haas and greatly helped me with the theoretical side of my research.”

When asked which skills an aspiring economist should possess, Anne responded, “I believe that to be successful in economics, and probably in any other discipline, you must have curiosity and be persistent. For the work I do, it helps that I enjoy interacting with people. You also need patience and resilience for the times when you feel unsure if your research is going to work out.”

Anne will be joining Princeton University as an incoming assistant professor in 2021, a position preceded by a post-doctoral fellowship which she will begin this fall. As she was preparing for the next chapter of her career, Anne reflected on her time at Berkeley. “I am excited to join Princeton's Economics Department and the Woodrow Wilson School. I loved my time at UC Berkeley and feel extremely grateful for having been part of an institution with a strong public spirit. My advisors and peers supported me to grow intellectually and personally in a way that I could never have imagined.”